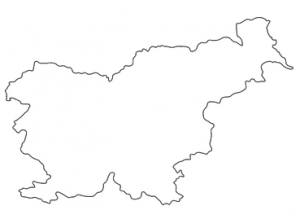 The Slovenian survey is co-funded by the Slovenian Research Agency (ARRS). As with other national-level surveys, the Slovenian survey first mapped the national interest group populations in Slovenia. Although Slovenia represents one of the smallest EU member states, the number of societies and organisations per inhabitant is one of the highest. The population survey thus consists of a comprehensive survey of organisations that are currently active and active predominantly at a national level.

Slovenia is an interesting case study due to its socialist past, the important role that civil society played during the transition period, and the oft-repeated criticism that civil society in new post-socialist member states is weak. Considerable time has been spent developing a procedure to map interest group populations. Our research built on data from The Agency of the Republic of Slovenia for Public Legal Records and Related Services (AJPES). Our study targets all civil society organisations in Slovenia, including a broad range of organisations, such as labour unions, NGOs, sports federations, employer groups and business groups. We defined interest organisations as organised groups that have some sort of constituency either in the form of supporters or members, and which represent the interests of their members and supporters, or the interests of others that cannot represent themselves, such as children, animals and the environment. We identified approximately 1300 national-level interest organisations. Special emphasis has been placed on contact collection in order to obtain as high a response rate as possible. We are currently conducting a web survey of interest organisations and we are placing special importance on personalised invitation letters, personalised emails, telephone calls to organisations and up-to-date replies to our respondents in order to obtain quality survey results. At the end of the survey we will organise a stakeholder meeting at which we will present our preliminary research results to the organisations that participated in our survey.